This website provides news, pro & con, historical, and other information related to Iowa's constitutionally mandated November 3, 2020 referendum on whether to call a state constitutional convention.

Nov. 5, 2020 Post-mortem: The yes vote did best in urban, Democratic counties; worse, in rural, Republican counties (see AP election results). This would be consistent with the voting pattern of those out of power favoring democratic reforms that they believe might help change the balance of power.

One theory for these defeats is that in recent elections voting was more anti-establishment across the board (in 2016 with a conservative bent and in 2018 with a liberal bent). This time voters seemed more interested in preserving the pre-2016 status quo. However, state constitutional convention referendums have done poorly across the board in recent decades, so widespread attitudes about the need for democratic reform don’t appear to be a good predictor, except at the margins, for how well they will do at the polls. For context, see Snider, J.H., “Does the World Really Belong to the Living? The Decline of the Constitutional Convention in New York and Other US States, 1776–2015,” Journal of American Political Thought 6, no. 2 (Spring 2017).

Note that the people cannot ratify any constitutional change that conflicts with Federal law, including the U.S. Constitution. Note, too, that there is arguably a third amendment method, as  Iowa’s Legislature can place a convention call on the ballot at any time irrespective of the decennial referendum.

The Constitutionally Mandated Wording of the Referendum

Shall there be a convention to revise the Constitution, and propose amendment or amendments to same? 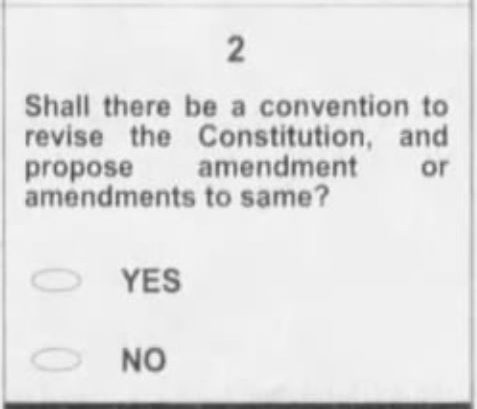 The second box is the question as it appeared on the ballot in 2010, the last time it was on the ballot. The question was placed at the end of the ballot, conveying the impression it was a trivial ballot item rather than one concerning arguably the public’s most fundamental political right, their right to alter their form of government. Lack of overt legislator campaigning on this statewide referendum reinforces this impression.

The Three Key Popular Votes in the Convention Process 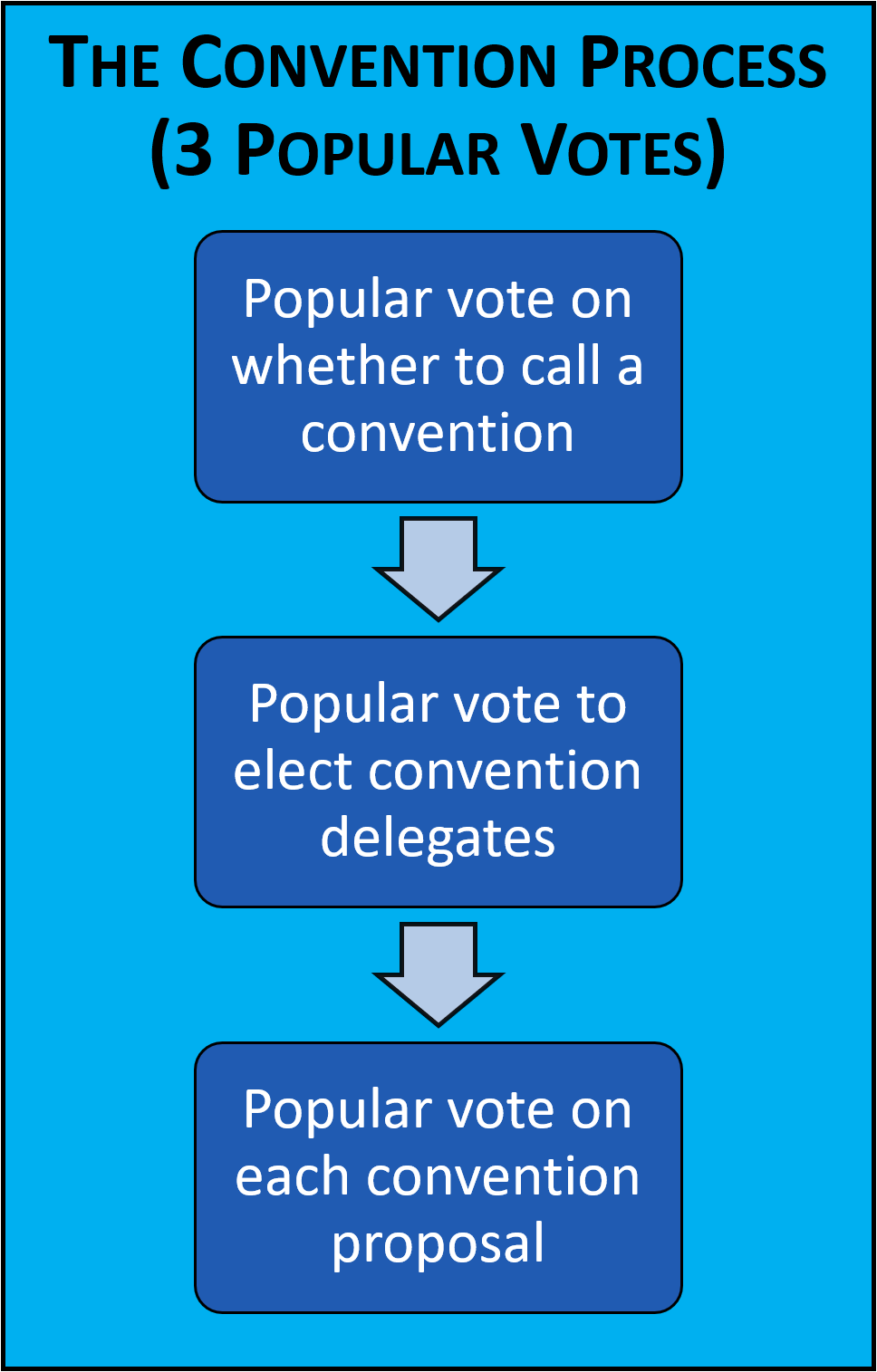 All political power is inherent in the people. Government is instituted for the protection, security, and benefit of the people, and they have the right, at all times, to alter or reform the same, whenever the public good may require it.

Source:  Constitution of the State of Iowa. Available at http://publications.iowa.gov/135/1/history/7-7.html.

Snider, J.H., Iowans should consider merits of constitutional convention, Telegraph Herald, October 31, 2020. Note: this is a letter to the editor, not a guest column.

Snider, J.H., Iowa’s constitutional convention process, a triumph of democracy, could be improved, The Gazette, October 10, 2020.

It’s time to talk about a constitutional convention

Iowa’s constitutional convention process, a triumph of democracy, could be improved

Regular Iowans can change things by voting for a constitutional convention on Nov. 3

1870.  The first implementation of Iowa’s decennial referendum on whether to call a state constitutional convention.

November 1920. Voters approve the decennial referendum, but the legislature refuses to pass the enabling legislation to convene it. By 1920, rural legislators are adamantly opposed to calling a convention for fear that the legislature will be reapportioned according to the principle of one-person, one-vote, which will give urban areas more representation and result in a loss of their seats. This will become a growing democratic embarrassment as the 20th Century progresses and urban areas grow.

1950-1970. Three referendums on whether to call a convention are very close, with supporters getting at least 45% of the vote in all three decennial referendums. The 1960 campaign appears most hard fought, with polls showing supporters with a significant lead until a last-minute blitz by a much better funded and organized opposition. With the growth of urban areas, pressure mounts all over the United States for state legislatures to be reapportioned according to the principle of one-person, one-vote.  The campaign against a convention is led by farmers and business interests, with urban interests, including unions, leading the supporters. This issue fades away with a series of U.S. Supreme Court rulings in the early 1960s mandating one-person, one-vote state legislative districts.

1980-2010. Opposition to calling a convention is passionate while support is lukewarm. Big labor joins big business and state legislators–as well as their long-time coalition partners–in mobilizing opposition to convention calls.

September 15, 2020: Democracy Day.  In 2008, the  United Nations declared Sept. 15 the International Day of Democracy — a day to review the state of democracy in the world. The UN asked people to consider the state of democracy in the United States, and their role in strengthening it. Illustrative resources: United Nations, International Institute for Democracy and Electoral Assistance, and New York Times.

September 21-29, 2020.  The International Democracy Community hosts the Online Forum on Modern Direct Democracy, which bills itself as “the world’s largest gathering devoted to issues of direct democracy and citizens’ participation.” 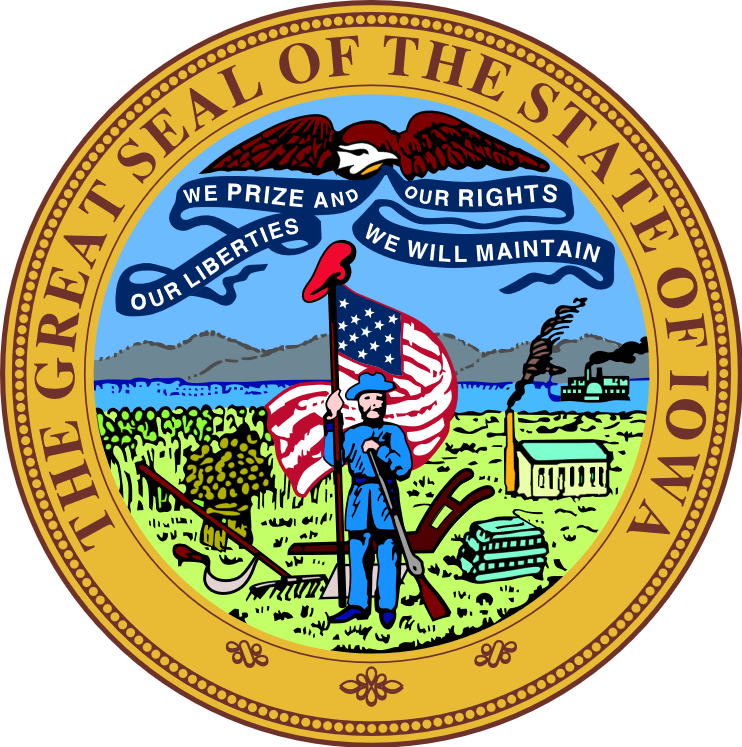 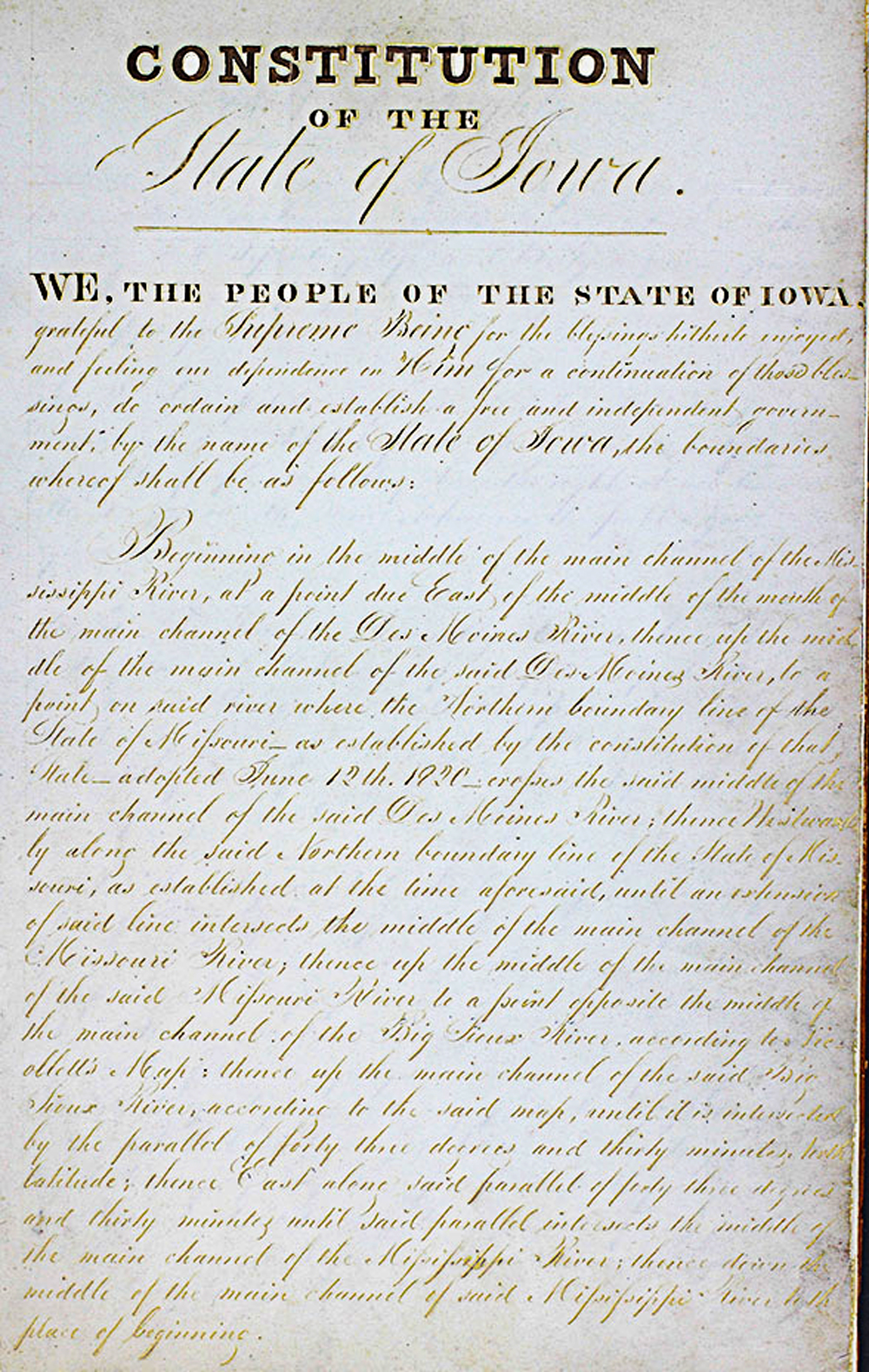 “The debates of the framers of 1857 indicate unmistakably that they were advocates of the Jeffersonian notion that each political generation should be left free to determine its own destiny.  The decennial vote on the calling of a constitutional convention was adopted to ensure that the voters of Iowa should have a periodic opportunity to bypass the state legislature if they felt it was not responsive to public needs.”

Professor of Political Science, State University of Iowa, and Author of "Iowa's Campaign for a Constitutional Convention in 1960," Eagleton Institute, 1963. 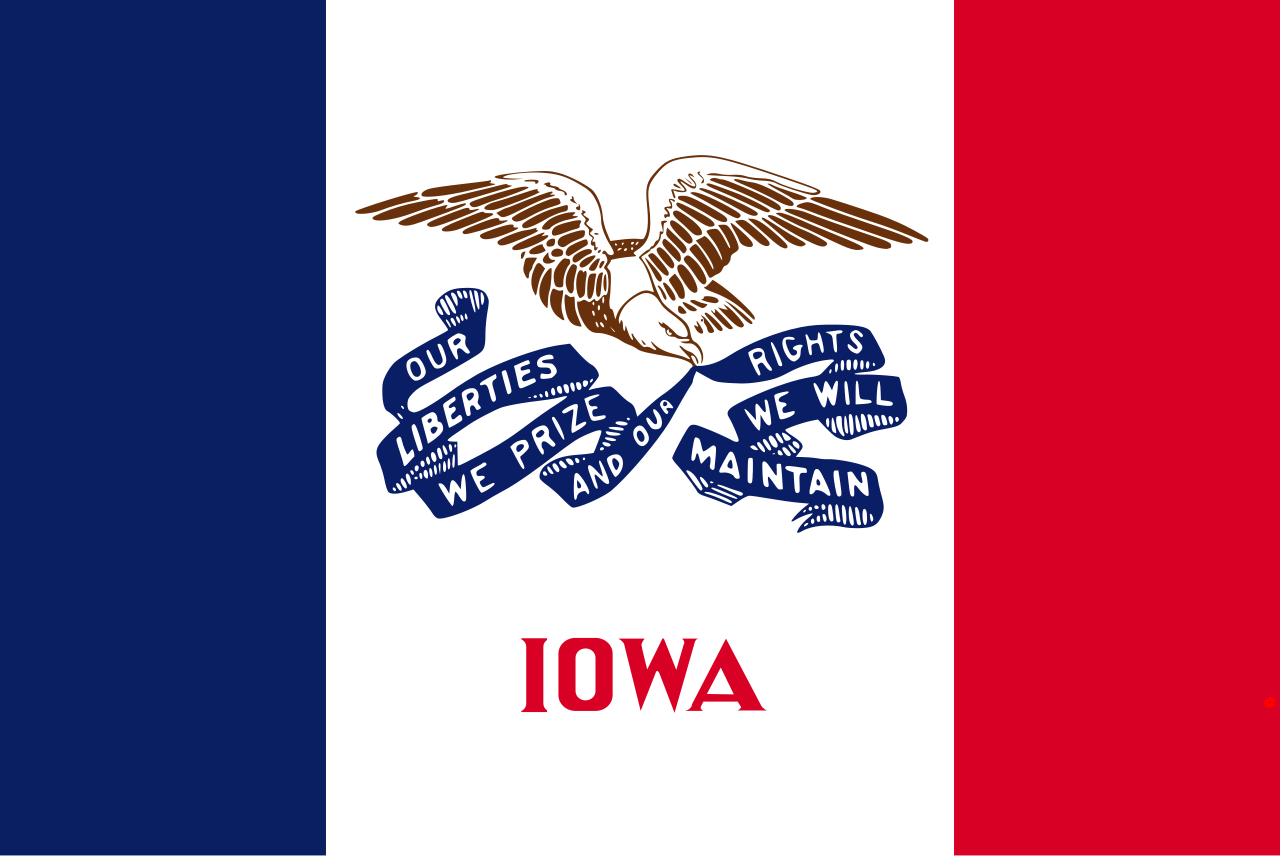 “I am not an advocate for frequent changes in laws and constitutions. But laws and institutions must go hand in hand with the progress of the human mind. As that becomes more developed, more enlightened, as new discoveries are made, new truths discovered and manners and opinions change, with the change of circumstances, institutions must advance also to keep pace with the times. We might as well require a man to wear still the coat which fitted him when a boy as civilized society to remain ever under the regimen of their barbarous ancestors.”

U.S. President (Note: this text is inscribed in the Jefferson Memorial in Washington, DC.) 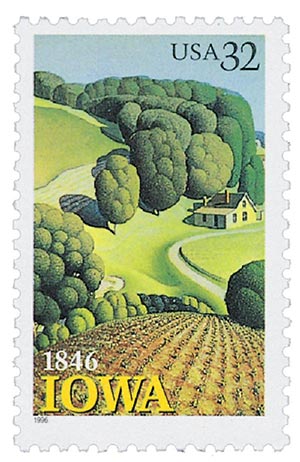 “Iowa needs a state constitutional convention. Too many important issues are being bottled up in the Legislature by influential interest groups.

Those who wrote the Iowa Constitution put a mechanism in the document to correct that, yet it’s something that’s never been used in modern times. It’s the once-a-decade ability for voters at a general election to bypass the Legislature and call a meeting to propose amendments to the state’s core legal document….

It scares the bejeebers out of the powerful and the elites. But that’s why it’s there and is needed. They can control the Legislature with their big campaign contributions. They’re less certain to control a constitutional convention.” 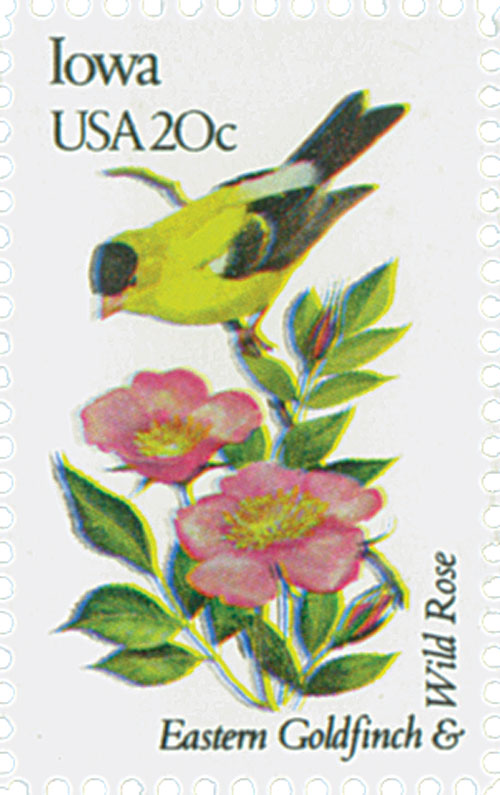 “The reason expressed for the mandatory referendum [on calling a state constitutional convention] in the 1857 Iowa convention–a desire to insure that the people are able to exercise their right to reform their government without interference by the legislature–has become the most often articulated basis for it.”

Professor, University of Iowa, and Author of "Mandatory Referendum on Calling a State Constitutional Convention: Enforcing the People's Right to Reform Their Government," 1970. 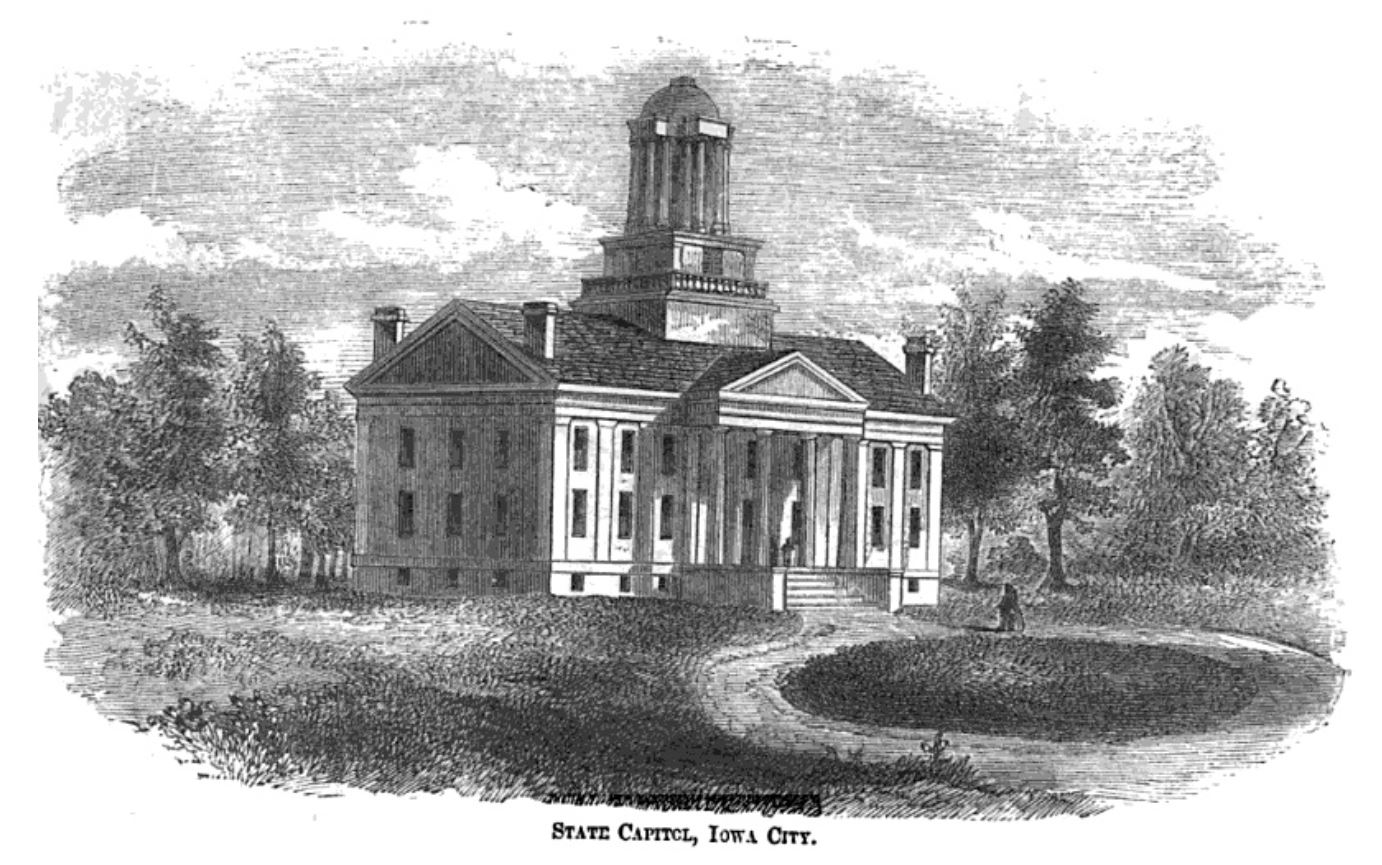 “I look upon this question as one of the most important that can come before this Convention, involving, as it does, the rights of the people to a greater extent than any question that has been or can be presented here….

I hold that the people have an inherent right to change their fundamental law at any time without their representatives or any other body interfering with that right. I believe that the general principle laid down and generally acted upon in these cases, is that, if there is an article upon amendments placed in the Constitution; or, in other words, if there is any provision here that does not expressly give the people the right to amend their Constitution without the action of the Legislature, it leaves the people subject to the action of the Legislature, or, in other words, they have not the right to amend their Constitution independent of the Legislature.

I am perfectly willing that the Legislature, as is provided in the first section, shall have the right to change the Constitution. But, at the same time, I desire to have the question so shaped that the people can have a Convention, without the Legislature having anything to do about it.” 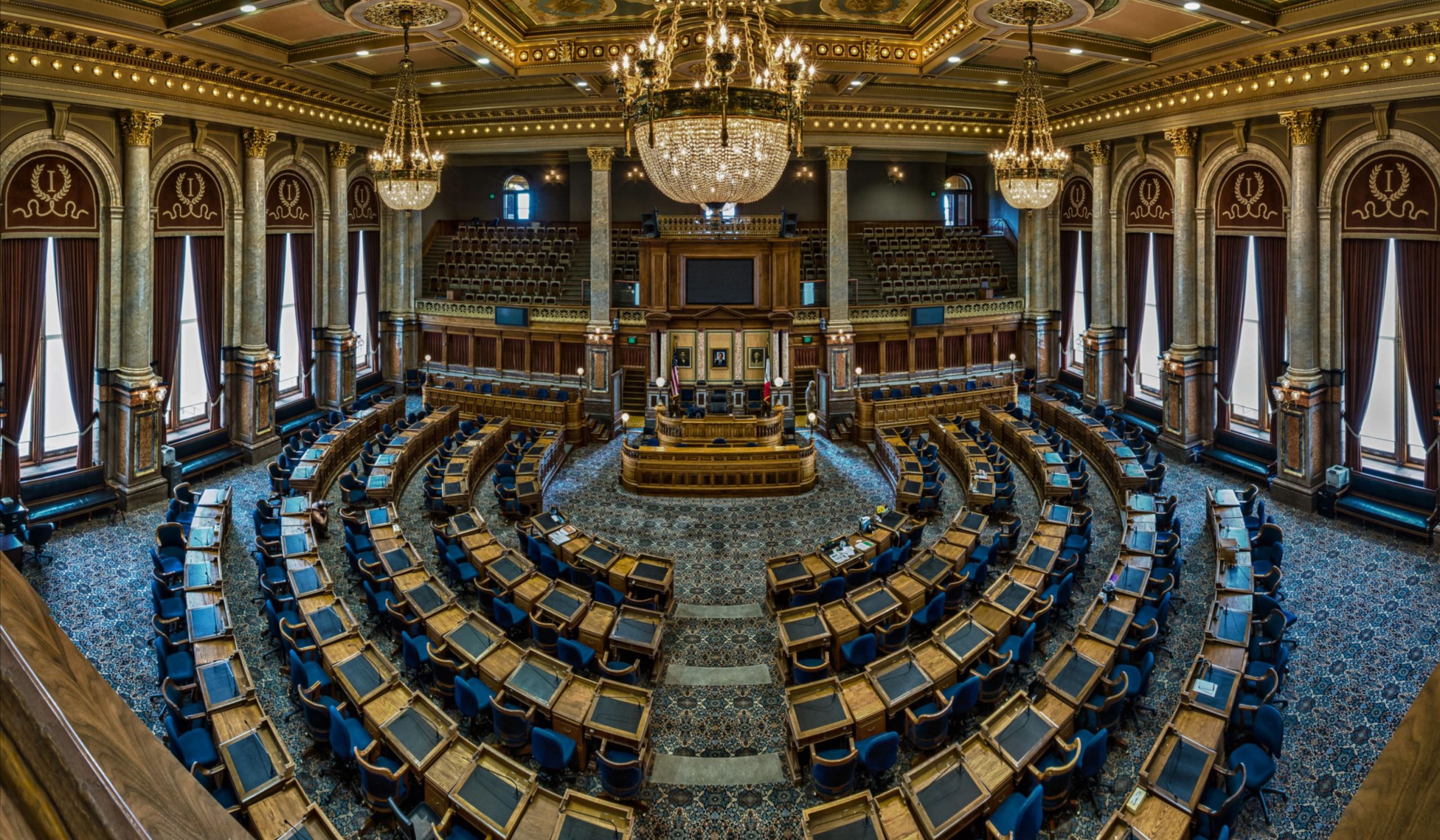 “[This Constitutional Convention] represents one of the steps by which the people of a great Democracy seek, in an orderly manner, to express their will in a matter of government.

Also, it provides the means for the people, by deliberate and thoughtful consideration, to express their decision on a matter which heretofore has not received independent consideration….

Your presence here then, is evidence of advance in government and in public thought.”

Governor, Iowa, Opening speech to delegates at Iowa's 1933 constitutional convention to vote on the 21st Amendment to the U.S. Constitution

Fact Check's signup had a bug prior to August 21, so if you signed up before then, please do so again.

When major government, media, or advocacy entities make misleading claims about the history or democratic function of Iowa's periodic constitutional convention referendum, I will email to Fact Check subscribers my response. This is a free service.

Success! You are now subscribed to Fact Check.